New B-21 Mortgage Rules Are Coming. Here’s What to Expect

by Mike Bricknell
in Ask the Pros, Mortgages
5 min read 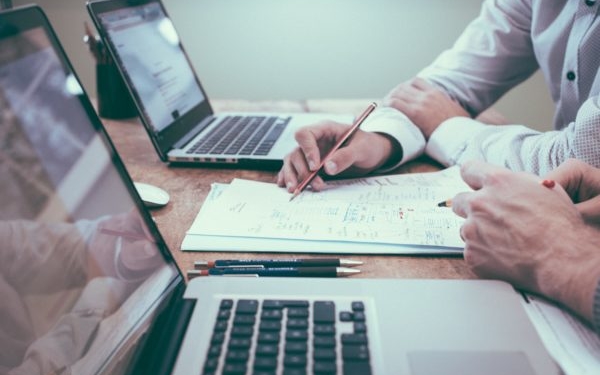 Buckle in, borrowers: turbulent policy changes are on the way, and they’ll make it even tougher to qualify for a mortgage.

The Office of the Superintendent of Financial Institutions (OSFI), has been warning since December 2015 that it will tighten practices for lenders, focusing on “strengthening capital requirements” for underwriting and insuring mortgages. Dubbed B-20 and B-21 respectively, these new rules will force lenders to be more prudent with their qualification processes, and will require them to shoulder more risk in the case of defaulting mortgages.

They’re also an attempt to reign in out-of-control prices in Canada’s largest housing markets, which have fueled risky borrowing behavior.

There was an open call for public consultation on the changes, which gave Canadian mortgage and financial professionals the chance to voice their opinion, in July. However, OSFI is now moving forward with official new guidelines, the full extent of which will be revealed in October.

There are a few proposed changes on the table for the October draft guideline; lenders will need to revisit their risk appetite statement, adjust their underwriting, acquisition and risk management practices, and require tougher income verification, among other changes.

New measures are anticipated to include:

How Much Higher Will Mortgage Rates Be?

To “stress test” uninsured mortgage borrowers, OSFI is proposing tacking 2 per cent onto whatever rate they’re applying for. For example, if your mortgage broker offers you a two-year fixed term with an interest rate of 2.79 per cent, you’d actually need to qualify at 4.79 per cent.

However, some fine tuning of this principle is expected, as it may prove too effective at knocking uninsured borrowers out of the market. Consider if you’ve qualified for today’s three-year fixed rate of 3.05 percent. Having to qualify instead at 5.05 per cent – which is actually higher than the rate used to qualify insured mortgages – would absolutely reduce the number of low-ratio borrowers who could swing financing.

The Impact on Mortgage Holders

This has posed a lot of questions for how affordability may change for existing borrowers. Those currently within a mortgage term and coming up to a refinance or renewal will now have to tolerate a rate that’s 2 per cent higher. If those borrowers have made a down payment on the smaller side – as in, they’re very close to their 80-per-cent equity threshold – they may not be able to bear such a substantial rate hike. This would also be problematic for young couples seeking their first homes, who traditionally make smaller down payments when breaking into the market.

The Impact on Affordability

The latest August numbers from the Toronto Real Estate Board reveal the average cost across all home types (including detached and condos) was $732,292. Assuming you make a 20-per-cent down payment on your home purchase of $146,459, you’d be left with a mortgage balance of $585,833.

To qualify for a home purchase of this size with an uninsured mortgage at today’s five-year fixed rate of 3.24 per cent, you’d need a household income of $109,000. That jumps to $125,000 if you instead need to qualify at the Bank of Canada qualifying rate of 4.84 per cent (a 13-per-cent increase).

Most buyers, and especially first timers, will not have an extra $20,000 in income, nor will they be able to pull together an even higher down payment on short notice.

Paying 20 per cent up front and mortgaging the remaining 80 per cent is also referred to as an 80-per-cent loan-to-value (LTV). The “loan” refers to the mortgage or line of credit on the home while the “value” refers to the market value of the home.

Under the new proposal, OSFI wants lenders to mitigate their risk based on both the borrower’s LTV, and the particular location of the property they want to purchase. This means, if you’re looking to buy in an area that’s considered particularly hot, you may need to make a larger down payment if your home is on the higher end of the price spectrum.

This can also affect you if you already live in said hot market and are looking to refinance. If your finances can handle it, it’s a great idea to exercise your mortgage pre-payment options before your current term renews as it will put you in a better position for qualifying under the proposed rule changes.

Related Read: 5 Must-Know Tips to Pay Less On Your Mortgage

Co-Lending Arrangements a Thing of the Past

Lastly, OSFI is targeting the practice of co-lending – a crackdown that could have profound implications for borrowers who need an extra financial hand. Also referred to as “bundled loans”, these combine a first mortgage, which does not exceed an 80-per-cent LTV, with a second mortgage (usually in the range of 75 – 80 per cent). It may even include a third mortgage with less than 75-per-cent LTV. Under the new guidelines, these loans would be restricted altogether.

Borrowers who are impacted often have unforeseen personal matters, for example an elderly parent who needs help, marital splits, an ill loved one, kids going off to school, or other situations that would require this type of loan. For those who don’t fit within the “Big Bank” criteria, it can be very difficult to obtain this kind of financing, and so bundled loans have been a great asset. Restricting this type of loan will reduce these borrowers’ options, sending them instead to the dark “private” loan market, where super-high rates and fees are the norm. In these situations, repayments tend to be interest-only, and can make it even more difficult for those in challenging financial situations to dig themselves back out.

These upcoming changes, while well-intentioned, will put even greater pressure on borrowers, whose finances are already squeezed by unaffordable housing (and are still absorbing the last round of changes). As house prices aren’t truly decreasing, borrowers will have to become more crafty in order to obtain their down payment amounts and mortgage loans. That could ultimately lead to buyers walking away from purchases, and depressing market sales further in the foreseeable future.

4 Pre-Construction Closing Costs You Should Know About

A War on Home Buyers, a Data Sharing Shut Down, and Luxury Condos… For Your Car: Weekly Real Estate News Recap

Mike is a Mortgage Agent with Canwise Financial and has been working in the mortgage industry since late 2008. Mike does his best to stay updated with the latest mortgage related news, and passes along sound advice to his centres of influence to build better, long lasting business relationships. Contact Mike today to serve your mortgage lending needs at [email protected] .