Why Are Fixed and Variable Mortgage Rates on the Rise? If you’re a real estate aficionado (and, let’s face it, that’s most of us in this real estate-obsessed country), you’ve likely heard more than a few rumblings about increasing mortgage rates.

What this means is that mortgages will cost more than they did in previous months. However, that doesn’t mean you won’t be able to afford your dream home. You’ll just need to be savvier choosing your mortgage.

Below, we’ll look at some key rates to keep an eye on when considering your first (or next) home purchase.

The five-year posted fixed rates advertised by the Big Five banks are currently on the rise.

It’s important to keep in mind that these are posted rates: Most borrowers will qualify for rate discounts from each of these, or other, lenders. However, increasing posted rates are indicative of increasing discounted rates as well.

The Bank of Canada has its own benchmark rate as well. This is the rate the determines the stress test. The BoC recently increased its rate following the precedent by the big banks, increasing it to 5.34 per cent.

What this all means is that fixed rates are now more expensive (the best available fixed rate currently offered in Canada is 3.09 per cent – up from 2.99 per cent a few weeks ago) and that qualifying for a mortgage has become a little more difficult.

Variable Rates Set to Rise by Bank of Canada

The prime rate is based on the Bank of Canada’s benchmark for the overnight rate. Prime rates influence variable rates.

When the Bank of Canada increases (or decreases) its prime rate, the banks often follow suit with their own prime rates. And since variable rate mortgages are tied to prime rates, they will also be impacted.

The Bank of Canada has made a number of increases to its prime rate; banks have followed suit and variable rates have become pricier. Though they still beat fixed rates in terms of affordability.

“The spread between the discounted variable and discounted fixed rate is now more than 1 per cent for the first time since December 2011. Canadians getting a new mortgage should seriously consider taking advantage of the lower variable rates available to them.  The Bank of Canada would have to increase prime four times for today’s variable rates to be equal to today’s fixed rates,” Laird says.

“With most experts predicting a maximum of two additional prime rate increases for the remainder of 2018, it is likely that the variable rate will be the better choice for Canadians this year.”

Should Borrowers Go Fixed or Variable in a Rising Rate Environment?

Whether we like it or not, mortgage rates are on the rise – and will likely continue that trend for the foreseeable future.

That’s not to say you can’t still find great rates. The trick is to shop around to ensure you’re getting the best current mortgage rate in Canada. Do that, and you’ll still get a great rate – and likely save yourself thousands of dollars over the course of your mortgage.

To make sure you get the best mortgage rate available, speak to a mortgage broker or lender to get a pre-approval and a rate hold. That way, even if rates increase within the next 120 days, you’ll be guaranteed to pay the lower rate being held by the broker.

The Top 10 Most Expensive Condo Buildings in Mississauga 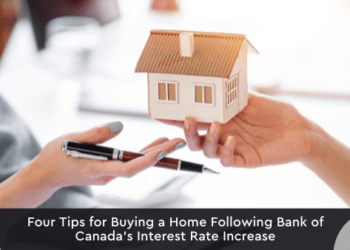