5 Tips for Getting Ahead in the Toronto Rental Market Finding a home in Toronto takes a certain competitive spirit. The challenges of breaking into Toronto real estate amid rising prices, scant supply and fierce competition have long dominated housing headlines – and now, the conversation around the heating rental market has reached fever pitch.

In short, Toronto rentals are experiencing the same symptoms as its red-hot purchase market – there’s tons of demand and far too few listings. According to the Toronto Real Estate Board’s January Rental Market Statistics, rental transactions were down 5.8% annually in the fourth quarter of 2016, with only 5,717 units changing hands. However, the reason for the decline certainly isn’t lack of interest, as TREB President Larry Cerqua points out.

“We have talked a lot over the past year about a lack of inventory for ownership housing,” he stated in the report. “What is less well known is the fact that rental market conditions also tightened over the past year. Competition between renters has increased, leading to very strong year-over-year growth in average rents.”

Why Is Rental Demand so High in Toronto?

There are a few factors behind rising rent prices, and one is that Toronto is in high demand; it’s a great hub of culture, retail and entertainment, has a thriving job market, and is repeatedly ranked as one of the safest and best places to live. It’s a huge draw for migration, with the GTA population forecasted to grow 10% to 7,289,500 people by 2021 – all of whom need housing of some kind.

It’s also an expensive place to live, with the average house price exceeding $1.5 million, reports TREB. Condos, the popular entry point for first-timers, have also grown 8% pricier over the last year, to an average of $515,424.

These affordability challenges haven’t been helped by recent mortgage rules which have kept more people in the rental market for longer. A stress test introduced last year that requires buyers to qualify at the Bank of Canada’s benchmark of 4.64% has knocked out 20% of buying power, according to broker association Mortgage Professionals Canada.

Those would-be homeowners continue to take up space in rentals as they go back to the savings drawing board, or defer ownership altogether.

Another issue is the lack of a long-term focus on rental units in Toronto. For decades, developers haven’t had much incentive to create rental-purpose developments, when condo revenues have been so fruitful. As today’s demand pushes up rental unit valuations though, that’s changing, with 27,812 units – triple last year’s number – now in the works.

However, that work hasn’t done much to alleviate the pressure on today’s renters, who are facing steep competition and monthly rent hikes. A recent series titled No Fixed Address by the CBC, which launched after journalist Shannon Martin saw her rent rise by nearly $1,000, has tapped into a narrative of frustration, as renters say it’s tougher than ever to gain an affordable foothold.

Five Tips for Winning a Rental

So, as prices and demand rise, how can an applicant stand out against thousands of prospective tenants? According to Zoocasa Realty agents Brittany Kostov and Emma Pace, there are a few measures a hopeful renter can take to improve their chances of scoring a unit.

1: Have your paperwork prepared

Gone are the days of “sleeping on it” when choosing a unit. Today’s prospective tenants need to arrive with their entire application package including the application itself, credit score, and record of employment. “I personally won’t take anybody out unless they give me those documents first,” says Pace. “Some agents may, but if you don’t have all your documents prepared, you’re just going to lose it (the rental) anyways. There’s really no point of you searching until you have that.”

Kostov adds that applicants should make it as easy as possible for prospective landlords to find the information they need, as a delay can cost you the unit. “The other day, we had an applicant on one of our lease listings who only had an email for someone in HR in California. That took over 24 hours to get a hold of them,” she says. “Personal references are all well and good, but if you can just directly speak with someone and get a hold of someone at your work that is well aware someone will be reaching out at some point, that’s a really good thing to be able to provide.”

Just like applying for a mortgage, it’s important to be able to prove you have a steady source of income and a concrete employment history, or the equivalent if you’re self-employed. A lack of employment stability will be a red flag for landlords, who need to see you’ll be able to pay your monthly rent.

“If you’re getting multiple applicants, and one of them has been bouncing from job to job every six months, or maybe they’re still on their three-month probation, that’s not ideal,” says Kostov. “But at the end of the day, it’s all just down to that specific landlord and what they would prefer.”

Your credit score – and your ability to pay your bills – will be one of the biggest deciding factors for landlords, and a pristine one can put you ahead of other hopefuls. “If you’re going to be looking through a realtor, your credit score should be ideally above 600,” says Pace. “Obviously it’s part of our job to negotiate, but if you want to be in the strongest position, obviously the stronger the credit score, the most likely you will be successful.”

Some landlords can be extremely thorough when looking into your debt servicing ability, and may consider your regular bills and outstanding balances. “I had a client that went up against another rental application – that other applicant had a car, my client did not, and they made similar income,” says Kostov. “The landlord eventually chose my client because she really did a total picture of, ‘Ok, how much can they actually afford? If rent is $1,500 a month, and your car payment is $600 per month and you’re making $60,000, there’s not a whole lot of wiggle room there.’ They’re really taking everything into account.”

4: Be prepared to pay

If your score is less than stellar, that doesn’t necessarily mean you’re out of the running – but you’ll need to come with more cash in hand. Both Pace and Kostov say offering more than just first and last month’s rent can improve your standing.

“Let’s say they’ve got a wonky charge on their credit card, they missed on a payment – there’s a story behind everything – and that can affect their credit score,” says Kostov. “They can say, ‘That was a one-off, I can provide six months of rent up front and give it all to you in cash.’ That’ll level the playing field a bit more.”

Pace adds that depending on how much extra you offer, it may be less of a financial hit than anticipated. “Realistically, when it comes down to it, a month’s worth of rent doesn’t come out of your pocket, it comes out of the deposit that they give you, so it’s nothing that you really pay up front. It’s money that actually comes out on the backend, which I think a lot of people don’t know,” she says.

Believe it or not, your prospective landlord will likely check out your Instagram – and they may not wish to double tap on your lifestyle. “The first thing that I do when I’m on the listing lease side representing the landlord, is Google them (the prospective tenant) or search them on social media and Instagram,” says Kostov. “That’s going to tell us more than any rental application will.” She adds that many who lie about smoking or having a pet are often found out this way.

Pace adds that for most landlords, especially those renting out private units, knowing the tenant will treat the unit well is key. “Our goal is to try to make it as easy as possible for them to get someone who they’re comfortable with living there, that they don’t feel they’re going to need to chase down for money, they don’t feel is going to ruin their place,” she says.

Going Once, Going Twice… Should You Sell Your Home by Auction? 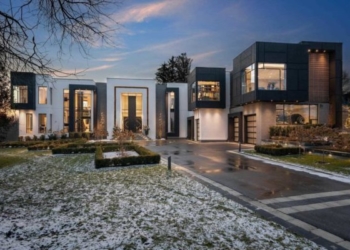