The Top 5 Most Livable Toronto Neighbourhoods 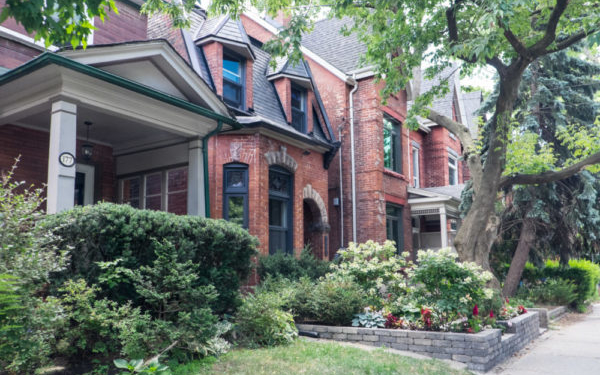 Purchasing a home is arguably one of the hardest decisions one makes during their lifetime. It takes a lot of work, too – from finding the ideal place, to making sure the area matches the buyer’s lifestyle.

With 140 officially recognized neighbourhoods in Toronto, buyers may have a tough time narrowing down the best options. However, according to web portal Living in Canada, there are five neighbourhoods known for particularly good quality of life, offering good access to downtown, an enjoyable lifestyle, and institutional centers, including schools. Some may cost more than the average home in other parts of the city, but what is important is that they are deemed livable.

These findings are also supported by criteria from the Mercer Livability Survey, which focuses on economic environment, schools and education, and recreation.

The Top 5 Most Livable Toronto Neighbourhoods

Here are the top five best neighbourhoods for purchasing homes and settling down in Toronto (in alphabetical order).

Location: On the shore of Lake Ontario, near the city’s financial and commercial district.

Selling Points: A developing, family friendly area that is known for its cafe culture, with numerous restaurants and bars, not to mention it’s steps from Toronto’s best beachfront and boardwalk.

Location: Bloor Village West is located along Bloor Street in Toronto; Roncesvalles is a north-south street leading from the intersection of King and Queen Streets; High Park is on Bloor Street West.

On the other hand, Roncesvalles is known for its green space and large, traditional homes on quiet streets. Homes here are also cheaper compared to High Park, though the average detached home costs over $1,200,000.

Finally, High Park is attractive to those who would  like to live close the commercial heart of the city, but still gravitate to green spaces; with plenty of trees and parkland, this neighbourhood satisfies both.

All these neighborhoods have good public transit access and are about 20-30 minutes from Toronto’s business district in rush hour.

Estimated Price: More than $900,000+ for an average townhouse

Selling Points: Known as one of Toronto’s top areas; nearby good schools and convenient access  to Toronto’s commercial heart via the Bayview extension.

The Town of Markham

Location: Markham lies about 17 km from Toronto’s commercial centre, and about a half-hour ride for those commuting by Go Transit.

Selling Points: The area has grown quickly in the past 30 years, from its roots as a small, semi-rural town. It regards itself as Canada’s high technology capital, home to the headquarters of Apple, IBM, Lucent, Motorola, Toshiba and Sun Microsystems.

The Town of Richmond Hill

How To Improve Your Credit Score Before Starting The House Hunt