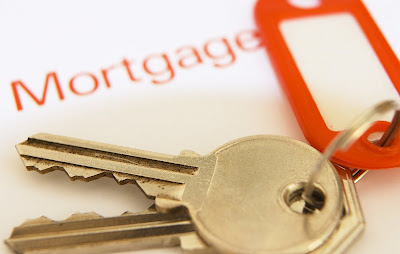 Unless you’ve been living under a rock, you should have heard the Canadian housing market has been causing a stir, both locally and abroad. Mortgage rates in Canada are at record lows and Canadians have taken on more household debt than ever. The word on everyone’s lips is – bubble. The opinions differ on whether or not there really is one, but there are two people whose opinions matter a bit more than everyone else’s. They belong to Jim Flaherty, the Finance Minister of Canada, and Mark Carney, the Bank of Canada Governor. Mark Carney has been expressing his concern for a while over the growing amount of household debt Canadians are taking on. Jim Flaherty is concerned that lenders are loosening their mortgage standards and does not want to head down the same path as the U.S. lending market did. [1]

Recently, the Canadian Mortgage and Housing Corporation (CMHC) announced that it has $541 billion in insured mortgages under its books, drawing it ever closer to the agency’s limit of $600 billion. Theoretically, as the CMHC approaches its cap, it would have to start denying new borrowers or make it much harder to qualify. CMHC insurance is necessary for borrowers that have less than a 20% down payment.

There are three types of borrowers that may be hit the hardest if the CMHC so chooses to tighten the rules.

The Self –Employed: Self-employed individuals are motivated to expense as much as possible to minimise their income for tax purposes. Therefore, it may not be representative of their ‘true income’. Self-employed borrowers with less than three years of business operation can access CMHC-insured financing with a 10% down payment through a Stated Income mortgage program. With a Stated Income mortgage, the self-employed borrower must ‘state’ their earnings to the lender. The risk lies in the similarities to stated income subprime mortgages in the U.S despite being a much, much smaller segment of the market.

New to Canada Immigrants: For New to Canada immigrants, obtaining a mortgage is already difficult since they lack a credit and income history in Canada. In order to qualify for a mortgage, new immigrants will have to provide references such as letters from their home bank and credit card company, or obtain an international credit report. Due to the lack of a Canadian financial track record, immigrants are seen as riskier borrowers, even with these screening tools, right or not.

Condo Buyer: For mortgage applicants looking to finance a condominium, lenders will calculate their borrowing capacity using debt-to-income ratios that include only 50% of condo fees. If the government were to tighten rules to limit the number of borrowers, the condo fee calculation for debt-to-income ratios would likely be raised to 100%.

We still don’t know for sure what actions Ottawa will take, if and when they decide to tighten the mortgage market. If they do, the following borrowers may be left in the dark because they present more risk than traditional borrowers. If the government doesn’t increase the limit on the $600 billion mortgage insurance cap – the CMHC will have to take action and work to reduce the amount of mortgage insurance it issues.

March Break – Is your home protected while you travel?

How Life Insurance Protects Your Family Against Debt

January Canadian Home Sales Down Due to Supply Crunch: CREA