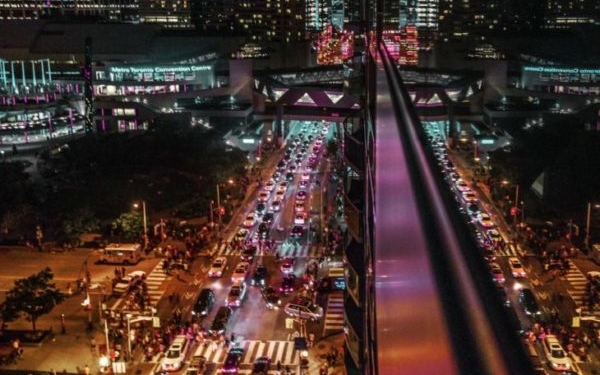 Local Vancouverites now have first crack at new home pre-construction sales, the latest effort to improve affordability for those who actually call the city home. The motion was passed by City Council in a 7 – 2 vote, meaning developers must first market new project pre-sales exclusively to locals for a 30-day time frame, and then extend marketing to Metro Vancouver for a total of 60 days.

To qualify, a buyer must prove they dwell within the city (regardless of citizenship), and that they intend to live within their unit and not sell it on assignment for profit. Bulk purchases of units will also be regulated.

The new measures will help ensure that Vancouverites have access to affordable housing types such as condos before they’re snapped up by investors and out-of-country buyers; that developments have been marketed overseas and in forums for foreign buyers before locals have the chance to buy has been sharply criticized as a contributor to skyrocketing prices in Vancouver. It’s estimated that out-of-region purchasing activity effectively drives home prices and rents 5 – 10 per cent higher in the city, according to a UBC Saunder School of Business study.

Other measures to improve local affordability include the aggressive taxing of empty homes and an increased focus on gentle density infill – such as townhomes and basement suites – in existing residential neighbourhoods.

However, residents feel the city has been slow to address housing affordability, costing Vision Vancouver – the municipality’s current governing party – a seat in the latest by-election.

Bremner is acquiring the seat left by Vision Vancouver member Geoff Meggs, who left city council to become Chief of Staff for the provincial NDP government.

Would You Buy a Condo in Google’s Living Lab?

Google, the search and data giant, is trying its hand at city building – and Toronto will be its testing ground. Alphabet, the search engine’s parent company, signed an agreement this week with the city and Waterfront Toronto to develop a 12-acre “smart city” neighbourhood in the Port Lands, located in Toronto’s south-east corner, via its Sidewalk Labs division.

Built with emerging “Loft” modular construction (think pre-fab building portions that can be snapped to a grid-like foundation), one of Quayside’s goals will be to explore lower-cost and customizable development. It will also be a massive data-collecting enterprise, recording and analysing everything from garbage pickup, hydro use, green space usage, and even the neighbourhood’s microclimate. Quayside’s findings will be used to inform future city-building policy, Alphabet says, and should it prove to be a success, will extend to cover 800 acres of Toronto’s waterfront.

In addition to commercial and office space (which will house Google’s new Canadian headquarters) Quayside will include residential space, which begs the questions – would you purchase a home in a living lab? To counter potential data-collecting concerns, Sidewalk is also reportedly developing a privacy policy to protect its residents.

Prime Minister Justin Trudeau, Ontario Premier Kathleen Wynne and Toronto Mayor John Tory were all present at Sidewalk’s announcement. “This is a moment for Toronto,” said Tory in an interview with the Globe and Mail. “By having Sidewalk interested in coming here, we’re building up our credentials as the place to be in the world.”

It’s official – it will become tougher to qualify for a mortgage as of January 1, 2018. The final iteration of Guideline B-20 – a banking regulation that hikes qualification criteria for mortgage borrowers – was announced by the Office of the Superintendent of Financial Institutions this week. It confirms borrowers who put more than 20 per cent down on their home purchase will need to prove they can carry a mortgage at the Bank of Canada’s five-year benchmark rate (currently 2.89 per cent), or their contract rate plus 2 per cent – whichever is higher.

Other changes include “dynamic” loan-to-value requirements – meaning buyers may need to make larger down payments if buying in hot neighbourhoods with volatile pricing – as well as the banning of co-lending and bundled mortgage practices, which traditionally have helped non-A borrowers get their financing.

The new rules are anticipated to greatly impact affordability for affected buyers by as much as 21 per cent, and have been blasted by various corners of the housing industry.

“It’s time for governments to hit the brakes on more demand-side policy interventions and take a wait and see approach.”

This latest crop of regulation is unique in that it targets borrowers with larger down payments and who don’t require mortgage insurance. “High-ratio” borrowers (those who pay less than 20 per cent down) are already subjected to a stress test, which was introduced last October. Now, stress testing applies to all borrowers of new mortgages (existing mortgage holders are exempt if renewing with their current lender) regardless of down payment size.

Related Read: New B-21 and B-20 Mortgage Rules Are Coming. Here’s What to Expect

Speaking of stress testing, how would Canada’s largest mortgage insurance provider fare in the face of an extreme financial or natural disaster? The Canada Mortgage and Housing Corporation, which insures roughly 40 per cent of high ratio mortgages across the nation, recently ran a few worst-case scenarios – such as earthquake, dropping oil prices, anti-globalization, and a US-style housing crash – to ensure its capital would remain in tact.

“In each case, our testing confirms that our capital holdings are sufficient to weather each of these extreme scenarios,” reads the report.

That the CMHC is on solid ground is good news for all Canadians – as it’s a Crown corporation, taxpayers would be on the hook to bail out any mortgage defaults and would be impacted by any economic downturn.

Stated Chief Risk Officer Romy Bowers, “CMHC has always been and continues to be a stabilizing force in Canada’s housing system. As a responsible risk manager, we seek out extreme, almost unimaginable situations and ask ourselves ‘what if?’ That’s the goal of our stress testing – to measure how we would stand up to these unlikely shocks. In all cases, this year’s stress testing shows we are well capitalized to handle these very severe situations.”

Rolling Stones founding member and guitarist Keith Richards has put his Manhattan duplex up for sale – and you’ll be screaming Gimme Shelter for this three-bed, four bath stunner, listed for a cool $11,995,000.

Located in the highly-coveted pre-war 1 Fifth Avenue co-op, this apartment has been extensively renovated by celebrated architect Joe Serrins. It includes some decidedly rock’n roll features such as the leather-wrapped main stair bannister, fully-integrated Sonos sound system and not one but three outdoor terraces with views of Washington Square Park. The lucky buyer will also enjoy a 47-foot-long living, dining and entertainment space, massive master bedroom and bath, and jumbo walk-in closets. They could always Paint It Black – but with massive floor-to-ceiling windows letting in tons of natural light, why would you want to?