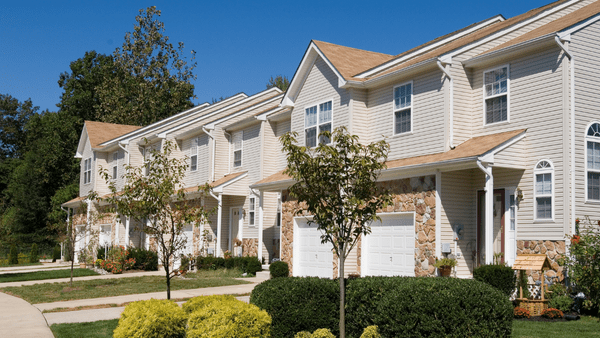 The latest Canadian housing report by the Canadian Real Estate Association (CREA) found that sales were down in three-quarters of all local markets led by the Greater Toronto Area (GTA), Greater Vancouver and Fraser Valley, Calgary, and Edmonton. The 5.3% decline in home sales was the fifth consecutive month of decline in housing activity, as well as the lowest home sales this year.

The decline in home sales is generally affected by the available inventory but in this case more largely due to the rising concerns of inflation and interest rates prevalent this year. In July, there were 3.4 months of inventory across the country. This number is still quite low but is much more positive compared to the historical low of 1.7 months at the beginning of 2022.

The number of newly listed properties is following the same trend as sales, also down 5.3% on a month-over-month basis in July. Listings decreased in approximately three-quarters of local markets, including the same large markets where sales were down. With sales and new listings both down, the sales-to-new-listings ratio (SNLR), a formula used to determine if the housing market is favouring buyers, sellers, or is balanced, is at 51.7%. This indicates that the market is relatively balanced, but it is slightly below the long-term average for the national SNLR of 55.1%.

Markets Across Ontario and British Columbia are Impacting Monthly Declines

The number of sales, new listings, and inventory are impacted by Ontario and British Columbia since these provinces have some of the biggest housing markets in Canada. When these markets shift, it impacts the national averages. For example, the actual (not seasonally adjusted) national average home price was $629,971 in July 2022, down 5% from July 2021. But, if you remove the Vancouver and GTA markets from that average, the national average price would be down $104,000, a decrease of 16.5%.

Prices in the Prairies, including Saskatchewan and Manitoba, remain quite flat month-over-month, and prices in Quebec are just beginning to show signs of slowing. On the East Coast, prices are rising at a slower rate compared to other provinces, with the exception of the Halifax-Dartmouth market, where prices are beginning to dip.

At the beginning of the pandemic, many moved away from city cores and purchased homes in smaller markets which drove prices up in suburban areas around the major centres to historical highs. Prices hit an all-time high in February across much of the country. Fast forward to the summer market, however, and rising interest rates are now directly affecting prices, especially across Ontario. Prices have dipped month-over-month in the GTA, but also more drastically in many of the smaller, surrounding cities that buyers moved to during the peak of the pandemic including Cambridge, Kitchener-Waterloo, Quite & District, Simcoe, and London.

“The demand that was so strong just a few months ago has not gone away, but some buyers will likely stay on the sidelines until they see what happens with borrowing costs and prices. As they re-enter the market, they’ll find a bit more selection, but not as much as might be expected. As the market continues to evolve, your best bet is to contact your local REALTOR® for information and guidance about how to navigate the current environment,” explained Jill Oudil, Chair of CREA.

Some buyers are taking advantage of the softer prices seen across cities in Ontario. If you’re considering purchasing a home before the next Bank of Canada interest rate announcement, here are some of the homes in cities where prices are declining month-over-month.

Prices in Mississauga have been declining month-over-month since May. Currently, the benchmark price is $1,130,900, down 5.3% from the previous month.

This commuter city is just outside of the GTA and grew quickly during the pandemic. The benchmark price of $791,700 is down 3.4% from June.

Many buyers from larger cities flocked to this popular vacation region during the pandemic. Prices have been declining for the past two months, making the current benchmark price $603,900.

Another popular city for buyers during the pandemic and number three on the list of Where to Buy Real Estate in Canada 2022, the benchmark price in July was $582,000.