by Patti Cosgarea
in Affordability, Alberta, Where to Buy Real Estate
4 min read

News about real estate markets in Ontario, British Columbia, and east coast provinces are making headlines and a lot of them are similar: prices and interest rates are high and buyers and sellers alike are waiting on the sidelines. But, what about Alberta? Generally speaking, Alberta hasn’t experienced many of the peaks and dips that some other Canadian provinces have faced. As housing markets cooled at the end of summer, real estate activity in Calgary has remained relatively flat. Drew Carlson, Real Estate Agent with eXp Realty explained that “Albertans are making power moves and buyers in Ontario and BC are catching on.”

Surge in Commodity Pricing Led to a Surge in New Builds

Like the rest of Canada, Albertans are navigating inflation and rising interest rates, but they don’t seem to be slowing down buyers to the same degree as other provinces. Alberta is one of the largest Canadian real estate markets, but prices are well below other regions. According to the Canadian Real Estate Association (CREA), the benchmark price in Calgary in August 2022 was $519,200, 56% lower than Greater Vancouver’s benchmark price for the same period and 55% below the Greater Toronto Area.

Aside from its comparatively low real estate prices, there are a few external factors that are unique to the province that are helping drive its market activity upwards relative to the rest of Canada. The province is known for its job opportunities in major industries including technology and energy, and as oil prices surged this year, so did the number of new homes being built as more job opportunities arose. “Alberta has a competitive job market, especially in the energy sector, that is appealing to many Canadians,” Carlson said. “As our leading industries grow, so does the demand for housing.” According to a report from the Calgary Real Estate Board (CREB), seven new Calgary housing communities started development earlier this year, each offering multiple new builds around the city.

Albertans are Re-Evaluating their Investment Plans

As interest rates have increased this year, some buyers and sellers are choosing to wait until the Bank of Canada hikes are over. However, more often buyers and sellers in Alberta are adapting to the rising interest rates and re-evaluating their plans. “Price reductions are common in Calgary and Edmonton right now,” explains Carlson. “Sellers are realizing that they have to be realistic and price their home properly.”

Buyers are adapting too; according to the Calgary Real Estate Board, detached home sales are seeing a slight dip, while apartment condo sales increased 58% year-over-year and 65% year to date. According to Carlson, some Alberta buyers are rethinking their investment plans instead of putting them off. “During the pandemic, many people wanted more space because they were working from home and they were set on a certain home type. Now, we’re seeing more buyers that are motivated to buy and are willing to explore all their options, including townhomes and apartment condos.”

Out of Province Buyers are Catching On

Alberta is becoming a hot spot for out-of-province investors. In the Greater Toronto Area, the benchmark price of a home in August 2022 was $1,162,700. Although down by 1.9% month-over-month, it is still significantly higher than the benchmark price in Calgary or Edmonton, $519,200 and $389,000 respectively. It’s a similar story in neighbouring cities like Greater Vancouver and Victoria, where the benchmark prices in August were 56% and 45% higher than Calgary. “A lot of out-of-province buyers and investors are catching on to how much more affordable Alberta markets are compared to some other provinces. Buyers are realizing they can afford what they want in Alberta, and investors have more purchasing power,” said Carlson.

Recent Homes for Sale in Calgary

Recent Homes for Sale in Edmonton

If you’re considering purchasing your forever home in Alberta or an investment property, our qualified agents can help you navigate the markets. Contact us today to learn more about the Alberta market and download our free Buyer’s Guide to get you started. 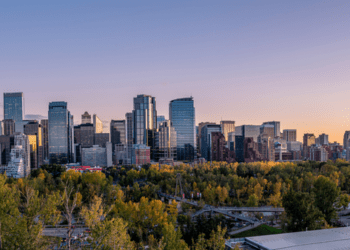