When Can You Evict a Tenant in Ontario?

by Allan Britnell
in Renting a Home
4 min read 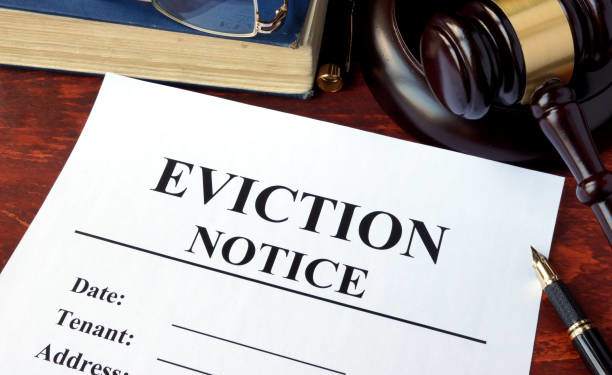 With high housing costs, many first-time buyers – and some debt-laden homeowners – are considering adding a rental unit to their home to help subsidize the cost of ownership. This is an especially popular tactic in the hottest parts of the GTA, such as the Toronto and Hamilton real estate markets.

But would-be landlords need to be aware of restrictions on when they can and can’t evict a tenant, even if they’re not paying their bills.

You don’t have to look very far to find stories from landlords who’ve had tenants who regularly throw wild parties, turned bedrooms into grow ops, or simply decided to stop paying their bills. (I personally know owners who’ve dealt with all of the above and more.)

Toronto’s most notorious noxious tenant is a woman named Nina Willis, who the Toronto Star has dubbed “the tenant from hell.” According to the Star, on at least seven occasions since 2005, Willis has moved into an apartment and then immediately stopped paying her bills.

When the landlord tries to have her evicted, she makes false counterclaims to delay proceedings at the Landlord and Tenant Board (LTB), allowing her to prolong her unpaid stay. She recently served a six-month jail sentence for fraud, but seems to be up to her old tricks again.
While Willis is an anomaly, she’s not entirely a rarity. As a landlord, you need to know when and how you can legally evict a tenant.

In Ontario, a landlord is allowed to evict a tenant for two types of reasons: “for cause” or “no fault.”
For cause justifications include not paying the rent, conducting illegal activity in the apartment, damaging the apartment or building, and disturbing other tenants.

A landlord can evict a tenant for no fault of their own if they plan to eliminate the rental unit (say, taking over a basement apartment in their home for their own use), or to occupy the unit by a member of their immediate family (such as their children or parents). More on no fault evictions in a moment.

If a landlord wants to evict a tenant for cause, they must first download the cause-specific from(s) the LTB website. Form N4, for example, is an eviction notice for non-payment of rent. The landlord must fill out the form and deliver it at least one day after the rent was due. The tenant then has 14 days to vacate the property if they don’t pay the rent in full.

If a tenant still doesn’t pay, the landlord then has to apply to the LTB for an eviction order. But that takes time, usually, a lot. “It can take several months to get a hearing,” says Jim Murphy, president and CEO of the Federation of Rental-housing providers of Ontario (FRPO).

Assuming all goes in your favour at the hearing, you still might require a Sherriff to physically evict a tenant who just won’t budge. In larger urban areas, that can mean another waiting period.  Con artists like Nina Willis exploit these delays to the maximum.
No matter how many legitimate “for cause” reasons a landlord has for seeking an eviction, they cannot do things like changing the locks, or shut off the power or other utilities to the unit.

Evicting for Personal Use

Amid concern that landlords were illegally evicting tenants until the guise of “personal use” only to re-rent the same property at a higher rate shortly thereafter, as of September 1, 2017, if a landlord wants to evict a tenant for “personal use,” they must offer the tenant a comparable unit in another property, or pay them one month’s rent as compensation.

If within a year the landlord then puts the property back on the rental market, they face fines of up to $25,000.

Sounds reasonable, but there’s a catch. Many small landlords incorporate their investment properties for tax purposes and to protect themselves from liabilities.

“If the unit is incorporated and the rent is paid to a numbered company, you cannot evict for personal use at all,” says Murphy. “A lot of people aren’t aware of that, and it can have a big impact on small landlords.”

“Do your due diligence when you check out an application,” advises Murphy. Ask for a letter of employment confirming salary, ask applicants to provide a current copy of their credit report, and ask for contact info for previous landlords. Note that their current landlord may be keen to see them go, so try a prior landlord if possible.
Another way you can protect yourself from losses is have your tenants pay their own utility bills. That way, if a tenant does decide stop paying their rent and utilities you’re not out of pocket additional money. Note that as a landlord, you cannot cut off utilities to a unit even if the tenant is in arrears.

How Many Homes Can You Buy Across Canada for the Price of One in Toronto?: CREA August Update

5 Tips When Upsizing from a Condo to a House How to Prematurely Break a Lease Don’t Skip Out on Rental Insurance