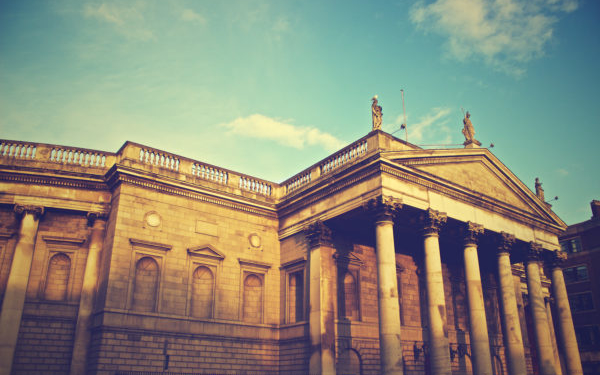 The Canadian government wants to reduce the amount of risk posed by hot real estate – and they’re putting pressure on the banks to take on a bigger share of the game.

Currently, mortgage default insurance is required for any home purchase with less than a 20% down payment. This insurance is most often provided by the Canada Mortgage and Housing Corporation – which is a taxpayer-backed Crown corporation – as well as private lenders Genworth and Canada Guaranty. With this system, Canada’s mortgage lenders don’t actually shoulder any financial risk should a borrower default on their mortgage; the tab is picked up instead by taxpayers.

Passing Back the Risk

The federal Department of Finance is looking to shift some of the onus back onto the banks, announcing a proposal this week that would require them to assume between 5-10% of losses on insured mortgage defaults.

The government argues that the current setup encourages high-risk lending, as there’s little incentive for banks to deny mortgages to borrowers who really shouldn’t qualify. This practice, combined with historically low mortgage rates, is blamed for inflating household debt levels, and Canada’s overall vulnerability in the case of a big economic shock.

“We have identified the current structure of the Canadian housing finance system as limiting mortgage lenders’ exposure to default risk with respect to the credit they extend and, therefore, potentially resulting in a distribution of housing risk that Is not appropriately balanced between the public and private sectors,” stated the Department of Finance’s proposal, which will remain open for public consultation until February 28, 2017.

It adds that not only do the banks transfer all risk of insured high-ratio mortgages to taxpayers via the CMHC, but that lenders can also opt to buy portfolio insurance for mortgages with more than a 20% down to even further mitigate their risk exposure. “Rebalancing some of this risk towards the private sector could further incentivize and strengthen risk management practices, and as a result, further mitigate taxpayer exposure,” states the DoF.

How Will This Impact the Banks?

The intention behind forcing lenders to take a higher financial stake is to discourage them from lending out mortgages to those who would be overwhelmed by the debt and more likely to renege on their payments. Lenders will need to further tighten their underwriting standards when qualifying borrowers, ensuring they have the sufficient income and credit history.

Rather than pay each time a mortgage defaults, the DoF proposal suggests banks pay a fee to their mortgage insurer partner each quarter based on how many defaults occur. This will raise the cost of business for the banks, and those costs are likely to be passed onto the consumer.

While the big banks haven’t yet commented on the proposal to the media, the Canadian Bankers Association has written it is “looking forward to engaging constructively with the government during the consultation process,” but have warned there could be negative side effects.

It May Lead to Higher Mortgage Rates

Having to pay a deductible will also greatly impact what is a main source of mortgage funding for some banks: the ability to sell mortgage-backed securities (MBS). Also referred to as pooled or bulk mortgages, they are bundled together and sold as low-risk debt investments, which then raises the cash to lend out to borrowers. To hedge against risk, banks will obtain mortgage portfolio insurance for these investments, whether or not they’re high or low-ratio. Under the new proposal, they’ll face much higher costs to issue these investments, and will see a decline in funding from this method – and that could lead to higher mortgage rates for home buyers.

Smaller non-lenders, such as First National, depend much more heavily on MBS than the larger banks, which have more diverse sources of funding. Such a change could be devastating for their business models, leading to fewer, and pricier, mortgages issued. As these smaller lenders often offer the most competitive rates on the market, this could greatly reduce affordable mortgage choice for Canadians, as argued by a report from the Credit Union Central of Canada.

“If a deductible is significant, the likely impact will be increases in mortgage credit costs for consumers and a reduction in mortgage credit availability for some aspiring home buyers,” the association stated. “The impact of these changes will be most significant for lower-income Canadians, Canadians living in rural/remote regions, or in areas with a fragile economic base.”

What Else has the Government Done to Control Mortgages?

This proposal is just the most recent in a series of changes designed to cool off the housing market. The government’s efforts to reign in real estate demand kicked off in 2008; they have since mandated a 5% down payment, done away with 30-year amortizations for high-ratio mortgages, and have tweaked debt-to-income ratio requirements for borrowers.

Most recently, the DoF has implemented a mortagage “stress test” for high-ratio borrowers, requiring them to qualify at 4.64% (the benchmark set by the Bank of Canada), nearly double that of the discounted rates currently on the market. The measures are meant to make it more difficult to buy a home for indebted borrowers, and encourage them to save longer for larger downpayments.

However, it remains to be seen how these changes will impact housing prices and whether they’re result in a more affordable market. Be sure to check back as we report further on these developments!

How do you feel about the Department of Finance’s proposal? Share your thoughts in the comments!

Should you Buy a Condo that’s Facing a Lawsuit?