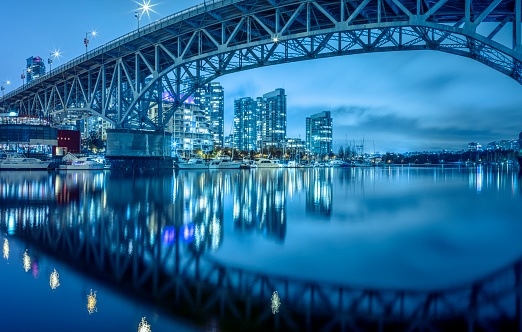 Vancouver’s condo market is heating up, with agents reporting strong demand for pre-sale units from local and foreign buyers.

Condo prices have escalated so quickly that some owners are flipping their units before construction is complete, a tactic which allows foreign buyers to capitalize on price gains without having to pay British Columbia’s property transfer tax for foreign buyers.

Growing speculation has alarmed analysts, who say the trend will further strain affordability for locals and could lead to a crash if market conditions take a turn for the worse.

While prices for pre-sale condos are not public, a new report from Urban Analytics provided to Reuters shows that prices have almost doubled in downtown Vancouver since the end of 2015.

The most in-demand segment consists of small units that appeal to first-time buyers and investors, according to real estate agents.

“The pace of sales right now is like nothing I’ve ever seen before, and I’ve been in this industry for 10 years,” Vancouver agent Amar Pal told Reuters.

Consequentially, the number of available “move-in ready” new condos dropped at one point to a decade low of just 31 units this year, and now sits at 84, down from an astonishing 2,217 in 2013, according to Urban Analytics.

Eager to capitalize on price gains, numerous unfinished condos are being dumped on the shadow “assignment market,” where owners sell their purchase contracts to new buyers, according to numerous agents and industry experts.

The shadow assignment market has created a loophole for offshore buyers eager to avoid BC’s foreign buyer tax, which only applies to land titles (and no land title is generated until construction is finished).

Developers Are Fighting Back

Under pressure to improve affordability for residents and crackdown on unscrupulous practices, the City of Vancouver is considering restricting property ownership by non-permanent residents in its newly unveiled 10-year housing strategy.

Exploring foreign ownership restrictions is one of a number of “tax and financial regulations to limit the commodification of housing and land for speculative investment” proposed in the city’s report. Other proposals include the introduction of a speculation and flipping tax, and reforming federal and provincial tax regulations.