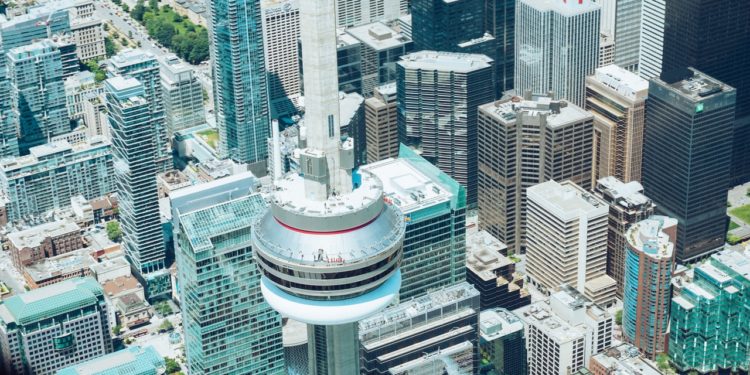 Over the last decade, the real estate market has seen a rise in condo living as the property type has quickly become the more affordable option for living in the city. The Toronto real estate market, in particular, has seen growth in favouring condo apartments over detached houses – especially as a first step into home ownership.

However, purchasing a condo apartment means that you will need insurance. To know what kind of rates you’re likely paying in the Greater Toronto Area, we’ve researched the average condo insurance rates for each city.

The average condo insurance rate for Ontario sits at about $345, and that’s drawn predominantly from Toronto and its surrounding cities, with the exception of London.

Here are the city-by-city rates:

That’s great news, especially if you’re just breaking into the condo market. You could save hundreds of dollars per year on insurance this way—maybe even over $1,000.

Is Condo Insurance Similar Across Ontario?

Condo insurance rates can vary between individuals and their circumstances much more than averages vary between cities. A lot of it comes down to the condo itself, as well as the location (among other personal factors).

All in all, condo insurance rates are on the same general level inside and outside of downtown Toronto. The highest and lowest averages come from Ajax and Burlington at $525 and $241 per year, respectively. That’s only a difference of up to $23.67 per month between cities—quite a manageable spread.

What’s also interesting is that even London’s average condo insurance rate isn’t that high, landing on the middle of the spectrum at $330 per year. It suggests that living in the GTA doesn’t necessarily affect your condo rate one way or another compared to other cities.

You might expect rates to be lower outside of Toronto, matching the real estate market, but that’s a common misconception with home insurance in general. Replacement cost is used to underwrite the cost of a policy, not the market value of the property. Factors like these can influence the cost of your condo policy pretty heavily:

There are two other key factors that explain why condo insurance costs so little across Ontario:

It’s also worth noting that freehold condos in London can be rather large, resembling single-floor houses, with a fair amount featuring basements containing nearly as much space as the main floor. These are more common in the northern part of the city, between Masonville and Arva, and could be skewing the average condo rate for the city upward. That might become more common for the condo market outside of the GTA, but only time will tell.

One thing is for sure: condo insurance rates in Toronto are low enough to be manageable for any homeowner’s budget—and that’s good news for first-time home owners.

aha insurance has made getting home and auto insurance in Ontario way less insurancey. It's a brokerage that believes the price you're quoted is the price you pay. There'll be no mumbo jumbo and no jargon—just great rates. Get a guaranteed quote in just 3 minutes. What to Do if Your Home is Damaged in a Storm