Choosing the right neighbourhood to raise your family can be tricky. Everything from the quality of schools to access to parks and recreational facilities should be carefully weighed.

Here’s a quick guide to help you navigate the Hamilton real estate market and pick out the best neighbourhood for you and your family.

Perched atop the Hamilton Mountain, this neighbourhood is home to both Olympic and Mountview Parks, and also contains several reputable schools. Mountview Elementary School is the second-most highly rated elementary school in the city, according to the Fraser Institute. St. Teresa of Avila Catholic Elementary School and Holbrook Elementary School—both also score highly on the think-tank’s school ratings—are also in this area. Residents not only rave about the quality of education and test scores, but the thoughtful instructors and up-to-date facilities.

This historic area sits between the Hamilton harbour, the CNR railway line, and the industrial core. It’s technically split into two neighbourhoods: North End West and North End East. There’s lots of green space in the area, including Eastwood Park, Pier 4 Park, and Bayfront Park, and is home to the Hamilton Waterfront Trail, so you and your family will have plenty of time to be one with nature. The reputable St. Lawrence Catholic Elementary School is also located here.

This neighbourhood sits in the spot where King and Main Streets, which are normally parallel, intersect. St. John the Baptist Catholic Elementary School, one of the Fraser Institute’s top ten elementary schools in the city, is located here, as is the picturesque Gage Park, which contains a tropical greenhouse that’s open year-round and a charming rose garden.

This area is actually made up of two distinct neighbourhoods: Kirkendall North and Kirkendall South. The north contains the highly ranked St. Joseph Catholic School, which offers a French immersion program from senior kindergarten to grade eight. Kirkendall South is home to the scenic Lower Chedoke Falls, Highland Gardens Park, and a portion of the Bruce Trail called the Chedoke Radial Trail. Residents can head to Locke Street South for shopping or enjoy a meal at one of the many coffee shops and eateries located along the strip.

This hood is a popular choice for families for many reasons. The Huntington Park Recreation Centre provides local residents with a place to swim and shoot some hoops. King’s Forest Golf Course borders this neighbourhood to the east, if you want to teach your kids how to putt and drive. The Escarpment Rail Trail, a 32-kilometre pedestrian and cycling trail developed along an abandoned CN rail line, also runs along the east edge of Huntington. The trail offers stunning views of the Niagara Escarpment, the Hamilton Brick Works, and the lower city, so you’ll have plenty of opportunities for family day trips.

Named after James Durand, a wealthy entrepreneur and political figure who fought in the War of 1812, Durand is one of the priciest and most desirable neighbourhoods in the city. This historic area is full of designated heritage buildings. The Art Gallery of Hamilton and the central branch of the Hamilton Public Library are located just to the north of this prestigious area, and Central Elementary School—Hamilton’s first public school, founded in 1853—is located here.

Why Homeownership Should Be a Priority for Millennials

What Does the Downtown Relief Line (DRL) mean for Homeowners? 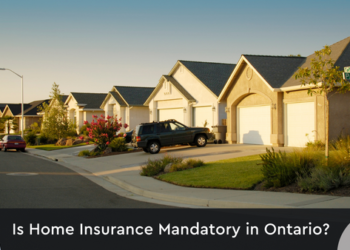