The Positive Aspects Of Having A Cannabis Store In Your Neighbourhood 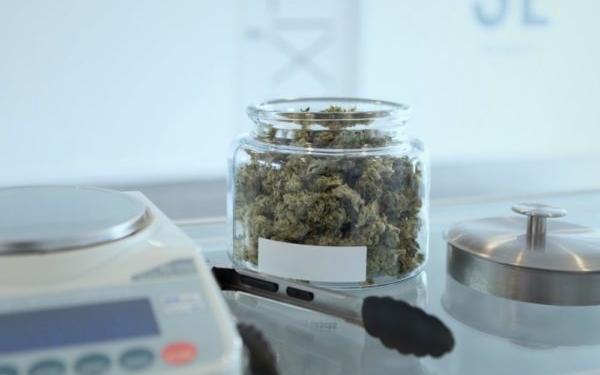 On April 1, customers braved unseasonably cold temperatures to be among the first to shop at Ontario’s new brick-and-mortar stores for their favourite cannabis strains, oils and accessories. While enthusiasts who lined up were thrilled about finally being able to shop in-store, enthusiasm for the new storefronts isn’t universal.

In the lead-up to legalization, several cities across Canada — including Richmond Hill and Markham, Ont., Abbotsford and Richmond, B.C. and Taber, Alta. — voted to ban cannabis stores in their municipalities, citing fears of increased crime rates, strains on municipal resources, and perceived danger to youth.

“It’s not believed that it is going to be a good thing all around to have recreational marijuana being sold here,” Andrew Prokop, the mayor of Taber, told the CBC. “There’s nothing really good about it unless you’re medically required [to use it].”

But for all the hand-wringing, research is demonstrating that the presence of cannabis actually the opposite effect on surrounding neighbourhoods and communities.

According to Cierra Sieben-Chuback, owner of Saskatoon’s Living Skies cannabis store, this may be partially attributed to fears rooted in stereotypes and misinformation.

“There isn’t any one ‘type’ of person that enjoys cannabis. There are many people who don’t look like they’d be walking into a cannabis store, but that’s the beauty of the industry,” she says.

Sieben-Chuback was only 23 years old and a business student at the University of Saskatchewan when she was awarded one of seven permits for a cannabis retail store in the city. She was also the only applicant originally from Saskatoon, making her store the only one to be completely locally owned and operated.

From the start, the downtown business community was supportive of her venture. It was easy to see why. In addition to creating jobs, – store may actually be helping to increase foot traffic to neighbouring businesses – and, in turn, make the surrounding community a more desirable place to live.

With Canada only seven months into legalization, there isn’t yet data to support the effects of cannabis stores on surrounding neighbourhoods. But looking at our neighbours in the United States may give a few hints of what to expect: a 2017 study by the Wisconsin School of Business found Colorado neighbourhoods with cannabis stores saw increased property values of more than eight per cent after the state legalized recreational cannabis in 2014.

It’s not all good news, though. The presence of dispensaries is associated with an increase in marijuana-related hospitalizations. But many argue that it’s better than the alternative — an unregulated black market — and may even drive some positive health outcomes.

Finally, in terms of crime rates — arguably the greatest fear of critics — there’s little evidence that cannabis stores are linked to increased criminality.

“[Cannabis stores] also help provide an alternative option to other hard drugs and alcohol, which can be a problem in any community, no matter where you are,” says Sieben-Chuback. “We aren’t in this for monetary reasons. We are in this because we care so much about our community and want to provide them with something that has the potential to be amazing.”

Even in neighbourhoods where cannabis dispensaries have long been an institution, Vancouver’s Evergreen Cannabis co-owner Mike Babins says the ripple effects of legalization continue to be found.

“The other businesses on the block get along great with us,” he says. “I think the biscuit shop is pretty happy to be beside a cannabis store.”

The Pros and Cons of Renting with Pets

Tips on How to Dog-Proof Your Home