How the Mortgage Stress Test Affects the Fraser Valley Market The British Columbia Real Estate Association (BCREA) recently said that the Office of the Superintendent of Financial Institutions’ B-20 mortgage guidelines have caused a slowdown in housing demand.

These stress tests, introduced in January of this year, have reduced the size of a typical mortgage by 20%. As such, home sellers in the province are being weighed down by this regulation, too.

In May, British Columbia (BC) sales fell year over year. Such difficult conditions were carried over into the next month, but more moderate consumer demand has pushed the supply for home sales higher. This was evidently seen in the Fraser Valley home market, which saw hikes in both total transactions and overall inventory in October.

Compared to September numbers, sales of all property types on its Multiple Listing Service (MLS) rose 11.6% to 1,155 in October. However, when compared to to the 1,779 sales in October of last year, the figure trended lower.

The Fraser Valley Real Estate Board revealed that out of the 1,155 sales, 438 were residential detached homes, 306 were townhouses, and 292 were apartments.

“While slight, this is the first time since May that sales here have been on the upswing. We’re beneath typical activity levels for this time of year but it’s good to see that buyers and sellers are still finding success this season,” said John Barbisan, president of the board.

Overall, the month of October posted 7,746 listings, up by 1.3% and 41.3% month over month and year over year, respectively. The gain was led by the attached segment.

“We’re in a much better spot in terms of overall inventory compared to this time last year, and now closer to a more balanced market. Attached inventory, in particular, has seen notable gains, doubling year over year for townhouses and nearly tripling for apartments,” Barbisan said.

For the Fraser Valley region, the average number of days to sell both an apartment and townhouse in October was 31. Single-family detached homes remained on the market for an average of 39 days before selling.

Nevertheless, BCREA believes that stress testing significantly contributed to the weakening housing demand. “While the BC housing market exhibited balanced condition in October, market conditions do vary between regions and by product type,” the real estate association said.

Does the Empty Homes Tax Belong in Ontario? 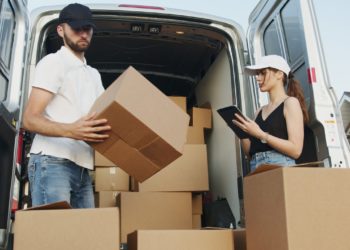