How Badly do Americans Want to Move to Canada… Really? It’s safe to say that our neighbours to the south are experiencing one of the most contentious elections in their nation’s history – so much so, that U.S. residents have repeatedly stated they’ll move to Canada if their candidate of choice loses. We know there’s lots to love about our great nation (maple syrup! Free health care! Justin Trudeau with his shirt off!). But how seriously do Americans want to move to Canada and buy Canadian real estate?

UPDATE: As of publishing, Donald Trump has since won the U.S. Presidency.  See how American interest in Moving to Canada performed in the election aftermath here. Serious About Crossing the Border? 5 Tips You Need to Know

Unless you have the cash to purchase Canadian real estate outright, you’ll likely need to take out a mortgage – and given the historically low cost of borrowing in Canada and attractive exchange rate for Americans, obtaining financing from a Canadian bank can make a lot of financial sense. But there are a few key differences in how mortgages from each nation work. For example, if you pay less than 20% down on your home purchase in Canada, you can only spread the payments over 25 years, rather than the 30-year amortizations available in the U.S.

The way mortgage rates are advertised also differ; in Canada, a posted rate is often higher than the one you may qualify for, based on your credit and income qualifications. In the U.S., the lowest possible rate is the one displayed to the public. You’ll also experience a different process when applying for a mortgage; rather than the typical 45 days it takes in the U.S., a Canadian mortgage pre-approval and financing can be granted within just a few days, given all the proper documentation is provided. Be sure to check out the resources provided by the Government of Canada to prepare.

2. Prepare to Make a Larger Down Payment

While Canadians and permanent residents can pay as little as 5% down on their home purchases, the typical Canadian bank will require 10 times that amount from an American purchaser if they don’t yet have a source of income in Canada. Because Canadian lenders qualify borrowers based on their credit history and ability to service debt, they’ll require more cash up front if you’re not employed here. However, a benefit to moving to Canada from the U.S. is that credit histories are often tracked by the same bureaus; a Canadian bank will likely be very comfortable with a solid American credit history.

We understand the appeal of this fabulous west coast city: with one of the mildest climates in the country, stunning mountain views and ocean access, Vancouver real estate is highly-sought by Canadian homebuyers. However, recent tax rules have made it more expensive for foreigners to buy real estate here; a 15% tax on the total home purchase price was implemented on August 2 for foreign buyers purchasing anywhere in the Metro Vancouver area.

Depending on your citizenship and what you use your Canadian home for, you may find yourself taxed by both the Canada Revenue Agency and the IRS.

Let’s say you will no longer own real estate or earn income of any kind in the U.S., and plan to use your Canadian home solely for residential purposes; under the U.S. Foreign Account Tax Compliance Act (FACTA), you likely won’t need to pay any American tax on your Canadian home until you sell it. However, should you use your home for any income-generating purpose such as renting it out, you’ll need to pay income tax to both the Canadian Revenue Agency and the IRS. You’ll also need to pay American tax on any capital gains earned on your home’s value when you do sell; depending on whether you already resided in Canada at the time of your home purchase, you may be exempt from such taxation on the Canadian side, however, you will be required to report the sale and proceeds to the CRA.

5. Be Serious About Moving to Canada

The best way to affordably purchase Canadian real estate, and benefit from the qualification and programs available to Canadian home buyers, is to become a permanent resident; doing so will grant you access to the minimum 5% down payment rule, and also qualify you for the First Time Home Buyers Plan, and other tax credits to help you purchase your home.

How do RECO and Tarion Protect Homebuyers? 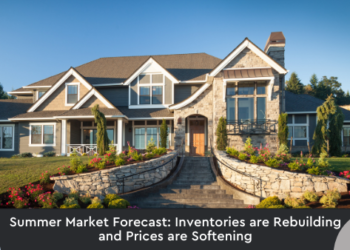