How do RECO and Tarion Protect Homebuyers? 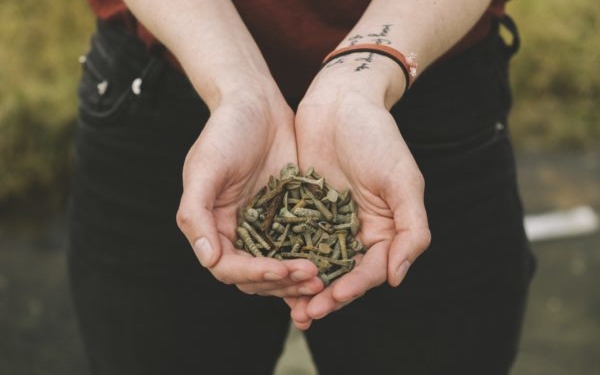 One need only look to the ever-evolving skyline in Canada’s largest city to see that Toronto real estate is thriving. In October, the federal government sought to apply the brakes to the country’s hottest markets with new lending rules, but this has had little effect in Toronto so far. That same month, the average price of homes across the region rose 21% year-over-year to $762,975, according to data from the Toronto Real Estate Board.

With so many buyers entering the market, what protections are in place for people making the leap into homeownership? When you are talking about a purchase that could be approaching the $1-million mark or more, buyers need be sure that their interests are being looked after.

In Ontario that means either Tarion or the Real Estate Council of Ontario (RECO), which provide safeguards for different stages in the home-buying process.

What Does Tarion Do?

Tarion is the province’s home building watchdog and warranty backstop that has been in operation for over 40 years. The organization administers the Ontario New Home Warranties Plan Act, which aims to protect consumers when builders fail to fulfill their warranty obligations.

Almost every new home in the province is covered by a new-home warranty that lasts up to seven years and is backstopped by Tarion.

This means that over 365,000 homes are currently enrolled in the warranty program with an additional 50,000 joining each year.

It is also Tarion’s remit to grant licences for builders operating in Ontario. Those that receive a licence must prove they have the technical, customer-service and financial capabilities to successfully build homes. Those that elect to work without a license can therefore be liable for prosecution.

The Real Estate Council of Ontario, or RECO as it is more commonly known, provides protection to consumers who work with a real-estate broker or salesperson in buying or selling a home.

Established in 1997, RECO operates under the Real Estate and Business Brokers Act (REBBA) 2002 and thus oversees the conduct of real-estate brokers, brokerages and salespersons.

After receiving a complaint, RECO will investigate to see if any wrongdoing has occurred and can then prosecute registrants for professional misconduct ­- the organization also has the ability to suspend or revoke a broker or salesperson’s ability to trade in real estate.

Another feature of RECO is that it provides consumers with insurance where their deposit is held in trust. The deposit is insured against loss, insolvency or misappropriation if it is paid to a brokerage registered under REBBA 2002.

Room for Improvement in Consumer Protection

Aside from their role as industry watchdogs, both Tarion and RECO have it in their mandate to educate consumers, as well as promoting best practices among home builders and those in the business of selling them.

In protecting consumers, there are limitations with both these bodies, however, which has led to calls for reform among industry observers.

Last week, Tim Hudak, CEO of the Ontario Real Estate Association, called for RECO to have greater powers to investigate and punish wrongdoing in the industry. This came on the heels of a CBC Marketplace investigation that identified a number of real estate agents breaking REBBA rules in an effort to increase their commissions.

Hudak, the former leader of the Progressive Conservative Party in Ontario, believes RECO needs to proactively investigate bad behaviour before receiving a complaint, and should be able to dish out fines much higher than the current maximum of $25,000. This limit, he says, did not reflect the new reality of real estate in the province where agents can make around $40,000 for a double commission on an average home sale in Toronto.

The huge increase in property prices has meant Tarion too has been criticized for not moving with the times.

The organization’s limit for deposit protection — $20,000 for condos and $40,000 on homes — is far too low naysayers say, especially in markets like Toronto.

Urbancorp an Example of Exposed Buyers

The need for industry bodies like RECO and Tarion was brought into sharp focus recently with the much-publicized Urbancorp debacle.  Following the developer’s bankruptcy, buyers were forced to go through the court system to complete the purchase of their homes – a fight they ultimately lost as an Ontario Superior Court judge approved the sale of the properties to developers that would not honour the original purchase agreements.

The buyers are now in the process of trying to win back their original deposits during Ultracorp’s insolvency proceedings, and will be able to file a claim with Tarion for any shortfall up to $40,000.

How Badly do Americans Want to Move to Canada… Really?