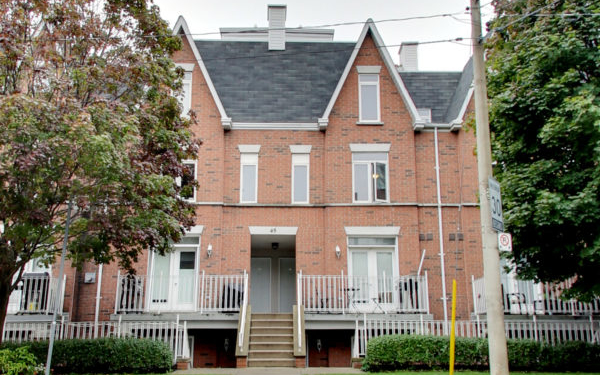 With the price of detached homes up 18.3% in Toronto (an average of $1.2 million), many homebuyers are lowering their sights and choosing townhouses instead. Just as with fully detached homes, there are several Toronto real estate markets where you can purchase a townhouse for a reasonable price – you just need to know where to look. Here are the five best Toronto neighbourhoods for townhouses.

Niagara is a neighbourhood in Toronto just south of the famous and bustling Queen West Street. This area is in demand due to its proximity to the downtown area, good transit connections, and walkability. Niagara scores a walk score of 84 and a transit score of 99.

You’ll find many condo townhouses in the Niagara area, with the average property price at an affordable $339,448.

Just west of Niagara, you’ll find Liberty Village. Originally rising in popularity due to its cheap office space and start-up friendly culture, Liberty Village has become the hottest place in Toronto to find industrial lofts in refurbished factories. Today, many young Torontonians call Liberty Village home, citing its proximity to the downtown core and nearby Queen West as part of this neighbourhood’s appeal.

This part of the city is a walkers’ paradise, scoring a 90 walk score. Transit is also readily available giving Liberty Village a transit score of a cool 100.

You’ll find a variety of one- to three-bedroom condo townhouses available in Liberty Village, most of which have been built in the last 20 years as this area has undergone a revitalization. While the average property price in Liberty Village is $364,656, you’ll find townhouses here sell for anywhere from $350,000 for a one bedroom to $800,000 for larger family-style homes.

East of The Junction but still in West Toronto you’ll find Wallace Emerson, a neighbourhood that has distinguished itself as the next up and coming location in Toronto. Its excellent location close to the Bloor subway line makes getting around the city a snap. Or, if you’d prefer to stay local, there are many shops, restaurants, and parks in this area.

Priced a little higher than Liberty Village, this area has a variety of condo townhouses in the $400,000 – $800,000 range, and the occasional freehold townhouse priced over $1 million.

Moving east, Cabbagetown – once known as one of the poorest neighhourhoods in Toronto – offers one of the best pockets of restored Victorian homes and townhouses in the country. This area is incredibly sought after and boasts small pubs, English cottage-style homes and a beautiful collection of Victorian townhouses.

Originally deriving its name from the Irish immigrants who grew cabbages in their front yards during the 1800’s, Cabbagetown is now popular due to its proximity to the downtown core.

This area of Toronto is a little pricier than the other two neighbourhoods and townhouses are harder to snag. The ones that are listed are often the more expensive freehold variety, which explains why the average home price in Cabbagetown is $621,705.

Further into the east end of Toronto lies Riverdale, often referred to as “the gateway to Toronto’s east-end neighbourhoods”. Riverdale is a dense, green area full of Victorian-era homes and you’re never far from a park. This area is well serviced by transit to the downtown, which makes commuting easy for young urban professionals.

In Riverdale, you’ll find newer condo townhouses and the occasional freehold. Townhomes are rarer in this area, and the average home price is higher, although less high than Cabbagetown, at $495,770.

Are you thinking of buying a Toronto townhouse? Which neighbourhood is your favourite?

3 Tips for Selling Your Townhouse