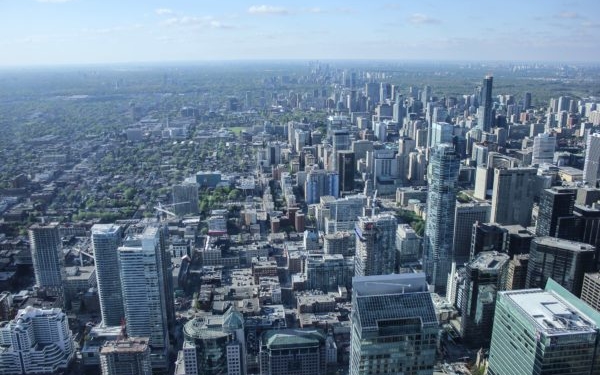 UPDATE: Federal Finance Minster Bill Morneau has stated the Department of Finance is not considering a hike to the capital gains tax, expressing concern of lingering speculation despite the government not including a mention of it in Wednesday’s Federal Budget. “Those were not in our budget and those are not key areas of focus,” he stated.

There could be more tax on the way for home sellers, if Ontario’s finance minister has his way. Charles Sousa, who recently pledged new measures to improve housing affordability in the province, has implored to the federal government to hike the amount of capital gains tax paid on non-principal residence home sales. This would mean anyone with an additional home – whether it be an investment property, or even a cottage – may pay taxes on up to 75% of their marginal rate on the sale proceeds, from the current 50%. Those selling their principal residence are fully exempt from paying tax on their home sale proceeds.

Sousa is targeting these home sales in attempts to crack down on real estate speculation, which is a suspected culprit behind spiralling prices in Ontario, and especially the Greater Toronto Area. “I’ve sent a letter to the federal minister of finance (Bill Morneau) to request that the federal government consider increasing the capital gains inclusion rate for non-principal residences,” he stated to the House of Commons. “This change will be an important step toward keeping our country’s housing market stable and curbing price acceleration.”

This would be among the “suite of options” Sousa is mulling over to cool Ontario real estate prices, including potentially introducing a foreign buyer tax, similar to the one implemented by the British Columbia government in Metro Vancouver.

Cracking Down on Rising Prices

Should the Federal Liberals take Sousa’s recommendation to heart, it will be the second set of national measures impacting the taxation of home sales; last October, Morneau announced foreign buyers no longer qualify for the principal home tax exemption if they are not a Canadian resident the year the home is purchased.

With the provincial government budget looming in April, the Ontario Liberals have publicly increased their focus on too-hot home prices, as a slew of concerning bank and real estate board reports raise concern. The Toronto Real Estate Board’s February numbers reveal the average price skyrocketed 27.7% year over year in the city. Detached homes in Toronto now exceed $1.5 million, while suburban detached homes are now priced at $1,106,201 – the first time they’ve bypassed the one-million mark.

Several big banks have released ominous warnings on the unsustainability of the Toronto market, with Bank of Montreal Chief Economist Doug Porter going as far as calling the 416 market a “bubble”. More recently, TD has weighed in on the conversation, with a report that claims Toronto real estate is on a two-year timeline until said bubble bursts. Chief Economist Beata Caranci has also forecasted Toronto home prices could still rise 25% before the year is through – up from the initial 10 – 15% called for by the lender.

Related Read: Does Canada Really Have a Housing Market Bubble?

“It’s getting harder to ignore warning signs that market demand pressures are increasingly reflecting speculative forces,” he wrote in a client note. “Evidence is building that speculative forces are growing deeper roots, which raises the risk that prices will move closer to the top end of that forecast in the absence of policy measures.”

What Buyers Should Know About Former Grow-Op Houses

Fixed-Rate vs Variable-Rate Mortgages: Which Is Right For You?