Housing Market Will Be Stable for next 2 years: RBC 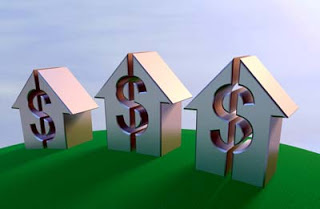 A stronger economy will offset the effects of higher mortgage rates and keep Canadian house prices stable over the next two years, according to the Royal Bank of Canada.

In a market update that has the bank forecasting price gains of 0.5 per cent in 2011 and 1.3 per cent in 2012, economist Robert Hogue said that after two years of “gyrating wildly,” the Canadian housing market is likely to be a much less interesting place for the next several years.

“Going forward, we see nearly perfectly offsetting forces driving Canada’s housing market,” he said. “On the upside, the economic recovery will gather strength in 2011, continuing to boost employment and family incomes. On the downside, interest rates are expected to rise.”

The Bank of Canada will likely raise interest rates by 100 basis points this year and another 150 basis points in 2012, he said, making mortgage payments more expensive for the majority of homeowners. But real gross domestic product is expected to increase to 3.2 per cent in 2011 from 2.9 per cent in 2010.

“The net effect of these forces is expected to be close to nil, thereby leaving resale activity largely flat,” he said.

There have been a flurry of forecasts issued in the last week, as the market starts the year stronger than expected. Capital Economics issued a cautious report that suggested higher interest rates could drive prices down as much as 25 per cent over the next three years, while the Canadian Real Estate Association raised its sales forecast for the next two years as it suggested that a stronger economic recovery and continued low interest rates would keep the market balanced.

“Even though mortgage rates are expected to rise later this year, they will still be within short reach of current levels and remain supportive for housing market activity,” CREA chief economist Gregory Klump said. “Strengthening economic fundamentals will keep the housing market in balance, which will keep prices stable.”

Simon Giannini is a Broker with Royal LePage Signature in Toronto, Ontario.  Simon is also the Author of “Everything You Wanted To Know About Real Estate But Were Afraid To Ask”, “Buy Low, Sell High”, and “Get Rid Of Your Customers”. Simon has over 25 years experience, and is a sought after speaker and trainer for the real estate and mortgage industry. You can check out his BLOG at : www.TheRealEstateCentre.com

Improving Your Home’s Look and Value

Mortgage rates are on the rise. What does this mean for new home buyers and home owners?