Can You Be Forced to Sell Your Condo? With the average detached home in Toronto selling for well over a million dollars and semis not far behind, for many wannabe homeowners, condos offer the only reasonably affordable option.

But there are more than just condo fees that separate the two types of homeownership. As a condo buyer you should be aware that if you’re a really lousy neighbour, in some – admittedly rare – circumstances, the condo board could force you to move.

Check out condos for sale in Toronto>

The most common reason a condo board forces an owner to sell is for non-payment of condo fees. In that case, it’s really no different than if you stopped making your mortgage payments and the bank forecloses on you.

But in some rare cases – and we should emphasize that this is extremely rare – condo boards can and have forced owners to sell and move out of their units because they’ve been bad neighbours. Make that really bad neighbours.

Section 117 of Ontario’s Condominium Act stipulates a number of “prohibited conditions and activities” including causing damage to the property and “any unreasonable noise that is a nuisance.”

Those prohibited activities sometimes include illegal stuff, such as turning a condo unit into a brothel or grow op. But it could also mean repeatedly disrupting the peace and quiet your neighbours rightly expect. You’re not going to get forced out just because your neighbour doesn’t like you practicing the drums in the afternoon – but repeatedly pounding the kick drum and crashing the cymbals in the wee hours of the night would be construed as nuisance noise.

Typically, what happens is that if a friendly visit asking the offending party to keep the noise down doesn’t resolve the issue, annoyed neighours can ask the condo board to write a formal complaint letter. If the behaviour continues, a followup letter will be sent warning that legal action will be taken if the owner doesn’t conform.

If a situation is so extreme that the board does decide to seek legal action, the case will go before a judge who may issue a ruling that the person must stop the disruptive behaviours. If the person violates the judge’s court order, that’s when an order can be made forcing a sale.

A few years ago, Antoni Casalinuovo, a lawyer who specializes in condo litigation, represented a condo board with an extremely bad resident. The owner would regularly host large – very large – parties, with dozens of guests. Bad enough, but things started to escalate when some of her guests barged into the communal party room and stole the balloons from a child’s birthday party. After that, things just got worse. Much, much worse.

“It was UFC fight night in the hallways, people were walking around with baseball bats, there was a stabbing in one of the outdoor common areas, all kinds of crazy stuff” says Casalinuovo. “People were afraid to come out of their units,” he adds, including an elderly couple in one of the adjacent units who “feared for their lives” so much they decided to sell and move out of the condo they’d lived in for decades.

His firm had already filed paperwork seeking a court order to force the owner out when they got an unwanted cherry on top: a gun was fired inside the unit. When Casalinuovo appeared in court with various police reports and signed affidavits from the property manager and several owners listing the various offences, he says “I didn’t have to say much” before the judge ruled that the owner had to sell.

There have probably been less than 10 such cases in all of Canada in the past decade. But, as Casalinuovo concedes, “with the number of new condo units, mathematically it’s going to happen more often.”

How to Check Plumbing and Electrical When Buying a Home 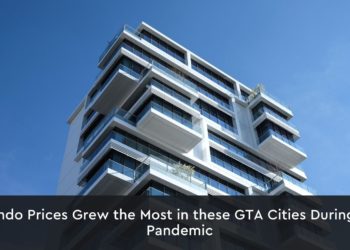