56% of Homeowners Are Choosing to Renovate Than Move: CIBC Report With the cost of housing at record highs right across Canada, more and more people are electing to renovate their homes rather than move up in the market. A new poll commissioned by CIBC reveals that 48 per cent of homeowners are choosing to renovate this year, a significant jump from 2016’s figure of 37 per cent.

And, as the personal debt levels of Canadians present a huge concern for policymakers, this trend will represent welcome news that more people are deciding to improve their existing home, rather than lending to buy a new property. Debt also appears to be a factor in the poll’s finding that homeowners will spend less on renovation work this year. Respondents expect an average spend of $11,800 – the lowest in three years – to address basic home maintenance such as painting, flooring, and replacing appliances. That is down from last year’s total of $13,017 and $12,293 in 2015.

Related Read: What You Should Know About Home Renovation Rebates

Ontario Homeowners Most Likely to Renovate

The study surveyed Canadians from across the country, and with real estate values diverging significantly across provinces, this was reflected in renovation plans. With housing costs in the GTA exploding over the past year, it isn’t surprising to see homeowners in Ontario having the highest amount with $16,000 expected for home improvements. British Columbia was next with $13,200, and at the other end of the scale is Alberta with $7,531, down from $22,952 last year as the effects of the province’s deep recession linger on.

For the nation as a whole, the economy is performing relatively well with strong job growth so far in 2017. Despite this, the costs of homes, particularly in hot markets like Vancouver and the GTA mean trading up isn’t an option for most people. The CIBC study showed this is the primary reason for the increase in home renovations, with 56 per cent saying they are choosing to renovate instead of selling and buying a new home.

Of those deciding to stay put, 32 per cent stated that they “need to do repairs,” 25 per cent “want to make their home look nice” and 12 per cent want to increase the value of their home in order to sell down the line. The most popular renovation projects are basic maintenance (48 per cent); landscaping (38 per cent); and bathroom renovations (31 per cent).

With household debt levels in Canada now higher than GDP, it is encouraging to see that 67 per cent of respondents to the survey say they intend to use cash or savings to fund their projects, while 25 per cent will cover the costs with a loan, line of credit or credit card.

While the decision to improve your existing property is usually a less risky option than purchasing a new Toronto condo or detached home, there are a number of factors to consider in order to ensure that a renovation is a success. The poll indicates homeowners starting renovation work are most worried about project delays, household disruption and overspending. While 86 per cent state that “renovations end up costing more than you plan for” and 31 per cent reveal they went over budget on a previous project, almost two-thirds (61 per cent) said they don’t have a detailed budget for their upcoming project.

Related Read: 6 Home Renovations That Will Decrease Your Home’s Value

Proper planning is something Scott Wambolt, senior vice president of retail and business banking at CIBC, believes separates those who get what they want from a renovation project from those that are left disappointed. With the popularity of home DIY shows on TV, he also cautions against overextending yourself when it comes to remodeling a property.

“Renovations can be stressful, but having a detailed budget can help minimize the disruption and keep your project on track,” he says.  “Be clear about the goals and limits of your project, as well as the costs before you head over to the hardware store or pick up your toolbox. While DIY can add up to some cost savings, it could end up costing you more if you don’t know what you’re doing.”

Where Are the Best Walk Scores Neighbourhoods For Condos In Toronto? 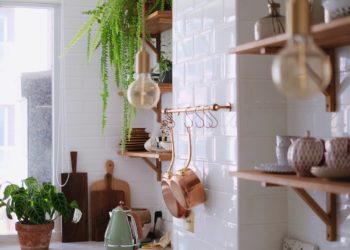 8 Ways to Optimize Your Kitchen Space